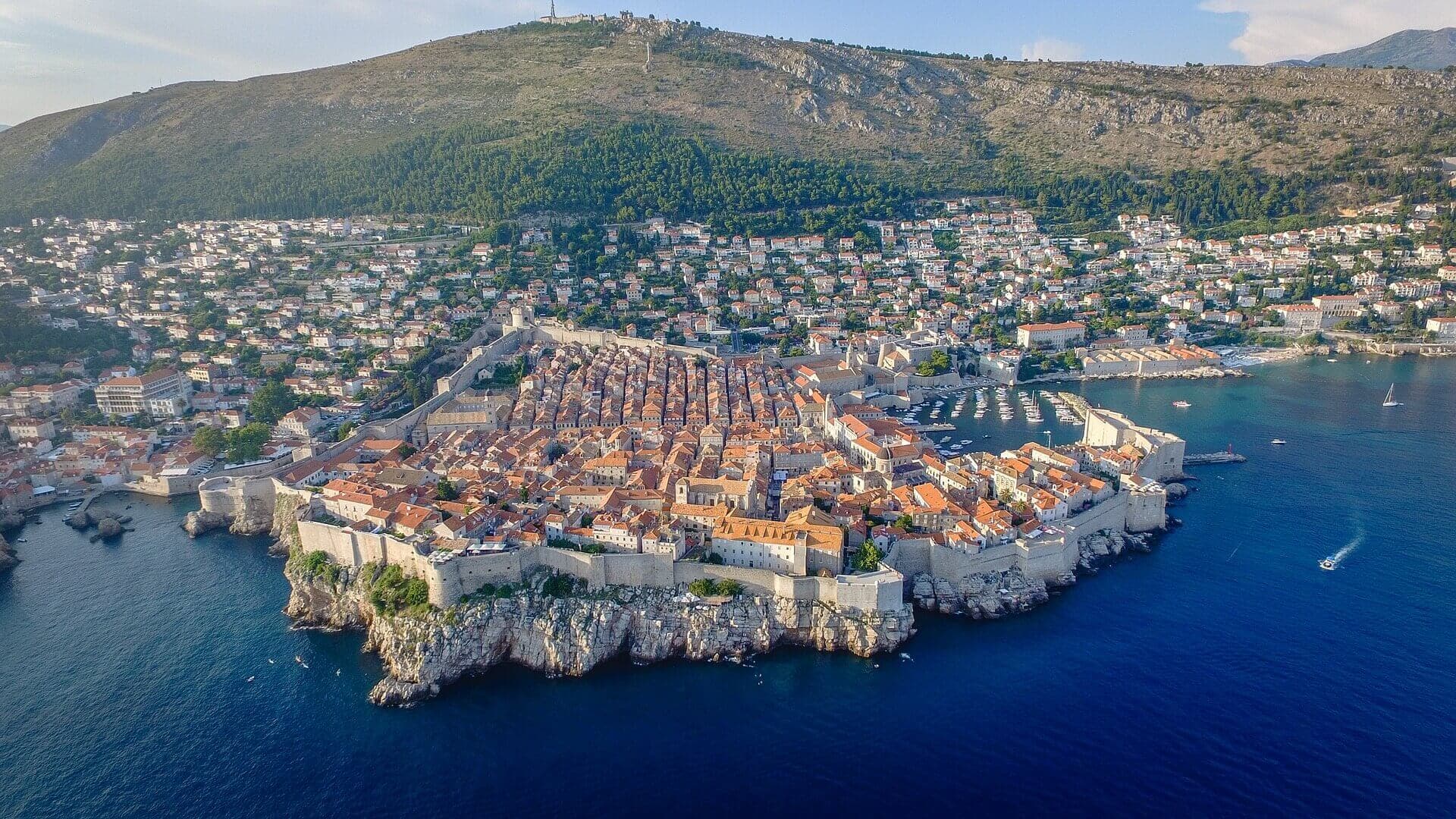 Otherwise called the "Pearl of the Adriatic", Dubrovnik has for quite some time been a commended coastal city, known worldwide for its magnificence and entrancing history. Past through the imposing gateway, within the ancient fortification walls you will find winding streets, stairways lined with flowers, perfectly maintained churches and terraced restaurants.

The Old Town is a taste of Mediterranean life from another era. The harbor is overlooked by Dubrovnik’s ancient citadels and scattered with a number of spectacular Renaissance palaces leading on to a warren of pedestrian-only streets. Crystal-clear blue waters give way to white sand beaches and secluded coves, while the thousands of Croatian islands offer endless opportunities for adventure.

Just outside Dubrovnik harbour you’ll find the first of Croatia’s many isles: densely-wooded Lokrum, home to the ruins of a Benedictine monastery. Sail north and discover Mljet National Park - home to natural harbours, stunning beaches and tidal island lakes - and the island getaways of Korčula and Lastovo. Beyond are the countless islands of the Dalmatian coast and a wealth of golden beaches, delicious seafood restaurants and exciting nightlife. Something of a late-bloomer, Šibenik is growing out of the shadow of its more popular Dalmatian siblings. The restoration of its four fortresses and the construction of a shiny new marina and hotel complex are deftly transforming the fortunes of this small city: Šibenik has rocketed from a quietly industrial port town to the region's most promising destination.

Šibenik offers everything you could want from an Adriatic holiday: unhurried streets, ancient city walls and pellucid waters. Compared with neighboring Zadar, its marina is blissfully uncramped, and the city is far better connected to the myriad of islands and islets that define this landscape. The surreal Kornati archipelago, a scattering of bone-dry islands surrounded by translucent waters is a short sail away.

Šibenik's marina D-Marin Mandalina is the first in Croatia to receive 5 Gold Anchors, meaning its a verified quality place to berth. Here, NCP runs a top sailing school, offering high-class courses on a variety of yachts.

The beauty of sailing in Šibenik is that its geared towards both new and experienced sailors. Away from the tourist throng of Dubrovnik and Split, visitors can hone their sailing skills in comparative peace - or sit back and relax while someone else does the work.

Split is the second largest city in Croatia after Zagreb, the capital, and has been the most important city on the Adriatic coast of Dalmatia since the Roman period. The city’s importance received a boost in the third century AD when the retiring Roman emperor Diocletian chose it as the site of his magnificent palace, much of which survives today. Modern Split is a vibrant commercial and tourist center, with several good museums (including, of course, the Palace of Diocletian), a famous woodland park, excellent transport links by ferry, road and air to many of the Croatian islands and international destinations and good facilities for cruising yachts. It is also one of the biggest yacht chartering bases in Croatia.

Visiting yachts have the option of berthing on the noisy quay in the main harbour or in the marinas of Marina Split, also in the main harbour, Marina Zenta a mile E or Marina Spinut and Marina Poljud on the N side of the peninsula on which the city sits. The latter three marinas are operated by a number of yacht clubs, but visitors are welcomed if space is available.

Alternatively, there is the large Marina Kastela halfway between Split and the historic town of Trogir. Zadar lies on the Adriatic coast of Croatia, approximately 70 miles NW of Split and 100 miles SE of Rijeka, which together with Dubrovnik constitute Croatia’s four major harbours. The city is separated by the two mile wide Zadar Strait from the two long islands of Ugljan and Pasman to the west.

Built in the 9th century, Zadar’s historic town center has been at the center of many civilizations. Part of the Roman, Byzantine, Venetian, and Austrian empires, Zadar has a unique identity as a result of this blend of cultures.

Today you can enjoy the plentiful history, in addition to the modern revival that Zadar has recently undergone. With restored museums and churches, new restaurants, cafes, and bars, Zadar has plenty of attractions to fill your days. In addition to the spectacular architecture, cuisine, and atmosphere, Zadar sits along the beautiful Dalmatian coast. Wander along Zadar’s waterfront promenade for some jaw-dropping ocean views, and if you’re lucky you can catch one a spectacular sunset.