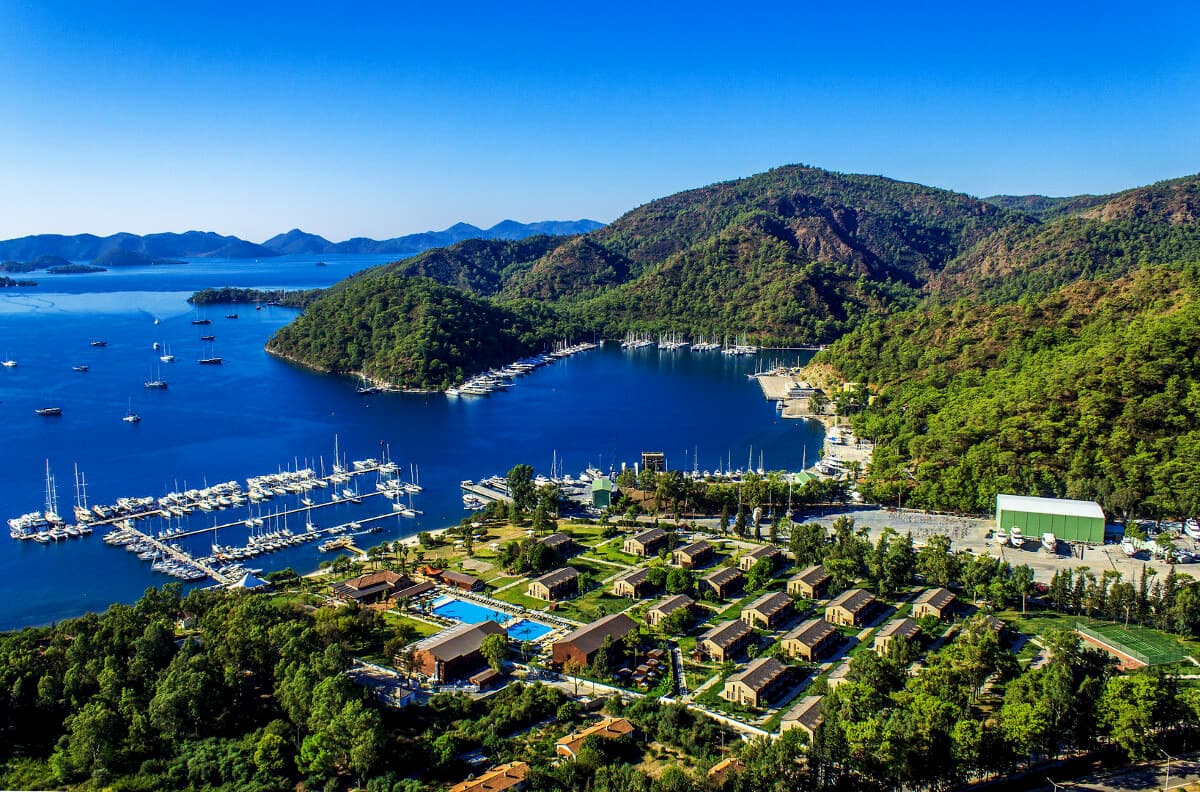 A rich cultural experience for sailors

Situated on the balmy Aegean coast of Turkey, Bodrum is a popular destination for a yachting holiday and considered the Turkish home of sailing. This area boasts a diverse range of landscapes to explore, from traditional villages to bustling night clubs to sheltered bays that sparkle with phosphorescence at night.

The Bodrum Peninsula juts out into the Aegean Sea and is surrounded by the islands of Kalymnos, Pserimos, and Kos. The town itself is on the south coast of the peninsula, at the entrance to the Gulf of Gökova. As such, it is an ideal destination from which to charter a yacht and explore the surrounding waters. Bodrum is a town steeped in historical interest. Home to the Mausoleum of Halikarnassus (one of the Seven Wonders of the Ancient World), a medieval castle, and an underwater museum, it’s well worth docking at one of the town’s many marinas and exploring the sights.

Bodrum is also famous for its nightlife. In the eastern half of the town, a strip of open-fronted bars run along the beach alongside some enormous night clubs where dancing continues well into the small hours. Meanwhile, in the more sedate west, nightlife revolves around the marinas and yacht club.

From a Bodrum yacht charter, sailing opportunities abound. The area is resplendent with small bays and the waters are crystal clear with plentiful anchorages. As you follow the coastline of the Bodrum Peninsula, you will discover a series of relaxing beaches and interesting local villages. Amenities for yachters are plentiful, with a number of full marinas around the coast, and conditions for sailing are generally good. However, in summer sailors should remain aware of the Meltemi Winds, which can reach F6 or 7 as they whip round the headland, creating gusts on the lee side. On the coast of the peninsula, the village of Gümüşlük offers a peaceful alternative to the hustle of Bodrum. Built on the ruins of an ancient city, it’s protected from development and gives a window into how life in Turkey used to be and has a well-sheltered anchorage for boats. Meanwhile, Aspat Cove is particularly popular with yachters as it is sheltered from the north-west winds that make sailing in this area a challenge. In fact, the cove is famous for having provided a refuge for pirates in days gone by.

Numerous inlets and islands with many attractions

In the other direction, the Gulf of Gökova enjoys excellent sailing conditions. On the north coast, there are few attractions, but opportunities for docking exist around every ten nautical miles, often with a restaurant attached. The south coast has much more to see, with numerous inlets and islands, and anchorages here are plentiful. One such island, Cleopatra Island or Sedir Adasi, lies 38 nautical miles from Bodrum and is well worth a visit. The island is scattered with Roman ruins, including an impressive amphitheater, and the beaches are made of smooth white sand that, according to legend, was imported specially from Egypt for Anthony and Cleopatra’s honeymoon.